eSports tournaments can be subject to stringent restrictions under Italian prize promotion and gambling rules if adequate solutions are not adopted.

The eSports market is rapidly growing and the data below show a massive boost from 2012 up to now in 2019 $ 130 million to $ 1,187 million, with a further fast increase in the coming years. 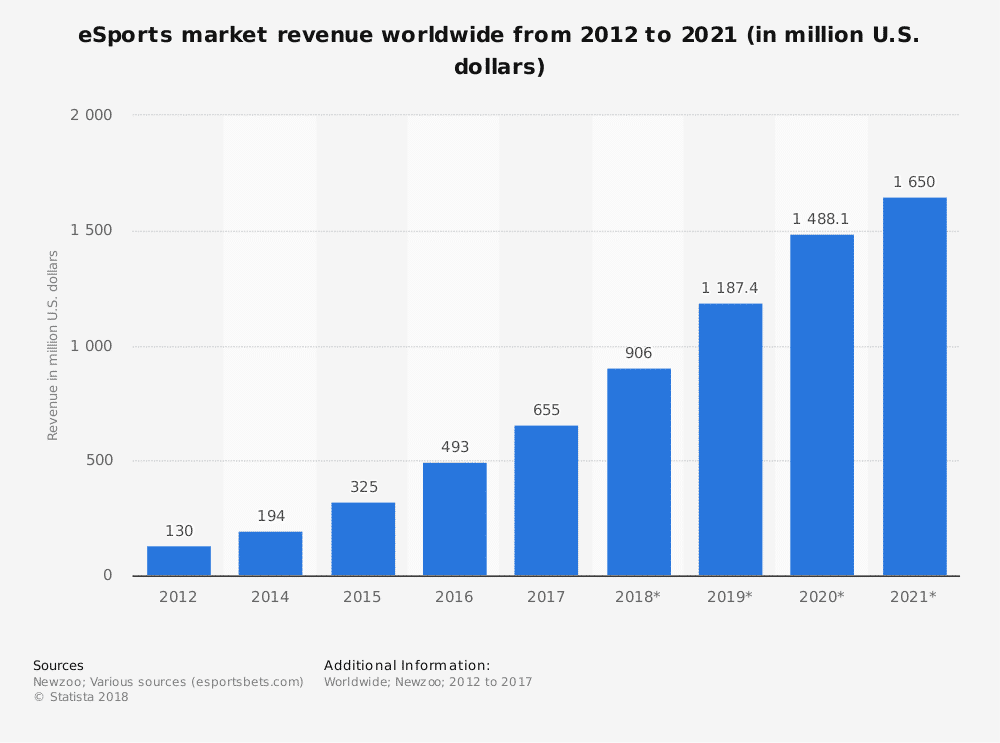 As frequently happens in fast growing markets, when the opportunity comes up, regulations are often left behind, or at least regulations are unable to keep up with the pace of the eSports market which 10 years ago was not relevant and now is the market on which everyone is investing.

New opportunities are available under prize promotion regulations, but it is necessary to ensure the right setting up to avoid the breach of gambling regulations.

Therefore, Italian rules represent a major issue for eSports tournaments that are usually international competitions, especially if they are run online. But, according to a recent interpretation of the Italian Ministry of the Economic Development, if a foreign entity based in the European Union runs a prize promotion in Italy, it shall

This interpretation has to be read in my view only within the following limits:

It should be outlined that the position above is just contained in the FAQs of the Ministry and it already happened in the past that the Ministry changed its interpretation over the years. And there is a risk that a change might occur in the coming months. Therefore, the situation shall be carefully monitored.

However, it represents a major improvement for eSports tournaments that usually occur online and are open to players located worldwide. .

The exemption above is quite relevant also because Italian prize promotion regulations prohibit prizes in cash, allowing only prizes in kind, and preventing to charge any fee for the participation to the tournament. If the exemption above applies, such restriction would not be applicable to international online eSports tournaments since they would be run under the foreign EU law of the organizer.

But if there are eSports tournaments where

according to an arguable position of Italian courts, the game may be considered gambling.

On the contrary, if the winning sits within the game and players are only allowed to pass for instance to the next stage of a tournament where they will not win anything other than the possibility to continue playing, it might be argued that that no gambling rules or prize promotions regulations apply and this is a mere social game.

The scenario of the previous paragraph can be valid for offline eSports tournaments. But it is even more complex when it comes to online eSports tournaments that require the payment of a fee by participants and award winnings in cash. Indeed, even if eSports tournaments are qualified as a game of skills, Italian criminal law punishes the organization of any game that is regulated by the Italian gambling authority without the required license.

Games regulated under Italian gambling laws include online skill games with cash winnings, such as online poker tournaments. And indeed, skill games rules set a “lighter” regime for the offering of games that are fully based on skills in which players can pay no more than € 20 to participate to the game.

Operators would still be required to hold an Italian remote gambling license, but the regulatory obligations include some exemptions that might make the offering more attractive.

eSports tournaments have major potentials, but need to deal with considerable regulatory restrictions in Italy that can be avoid through the implementation of a careful approach.